Classique Gilbert is a documentary series on Philippe Gilbert, one of the best cyclist of the last 20 years. When we started filming for this project, Gilbert had won 3 of the 5 big cycling classics: Giro di Lombardia, Liège-Bastogne-Liège and the Ronde van Vlaanderen. The only 2 missing were Milano-San Remo and Paris-Roubaix. Meanwhile Gilbert also won that last one: the Hell of the North. He wasn't able to win La Primavera! Watertower TV Productions followed this fantastic champion - and fantastic human being - for Eén (VRT) untill the end of his beautiful carreer.

In the summer of 2022 the Red Flames, the women's football team of Belgium, participated in the Euros in the UK. Watertower followed the team of coach Ives Serneels during their stay in Wigan and produced a unique behind the scenes series of 4 episodes for Canvas (VRT) and Auvio (RTBF). A great collaboration with the communications team of the RBFA. 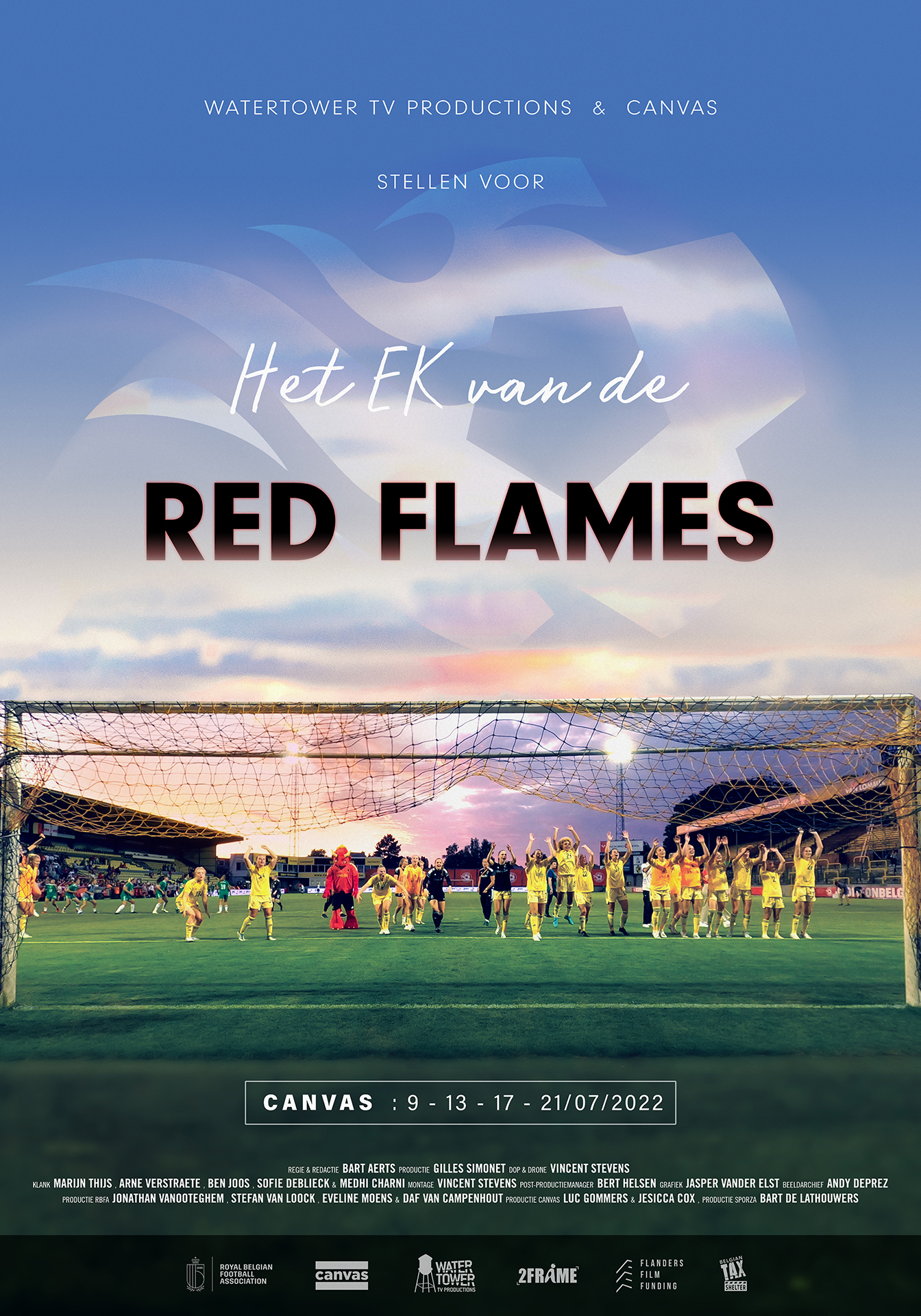 In the football season 2021-22 Royale Union St-Gilloise was back in first division for the first time 48 years. The season before it became champion in second division, beating their rivals of RWD Molenbeek in the decisive game. After RSC Anderlecht (34) and Club Brugge (17), Union is the third team with the most Belgian championship titles: 11. So their comeback in first division is special. Watertower decided to follow their first year back. And what a ride it was: until the last 2 games Union was playing for the title. Sadly they didn't win it, but it was a heck of a season, clinching a seat in the next years Europa League. "Allez l'Union" was aired on Canvas and LN24 in Belgium, and was sold for worldwide rights to DAZN.

The classic football derby in Brussels is the derby between Daring Brussels and Royale Union St-Gilloise. That derby is called the "Zwanze derby". Zwanze means 'teasing one another", in very funny way. Daring Brussels became RWD Molenbeek and plays in the second division of Belgian football. Union went from 11 time champion all the way down to the amature leagues. But in 2020 it was thé contender in second division. And for the first time in many years it played the rival of Molenbeek in an official Zwanze derby. Watertower made a mini-series of 5 short episodes on this historic derby. It was aired on Sporza.be, BRUZZ, BX1 and Eleven Sports.

Head Coach and Technical Director Roberto Martinez takes us beyond the 90 minutes of a game and shares the methodology of FIFA Ranked No 1 football team Belgium. Whistle to Whistle is a 54 minutes documentary, made by Watertower TV Productions and OTB Productions, featuring players Romelu Lukaku, Youri Tielemans, Eden Hazard and Thomas Meunier, former players Vincent Kompany and Philippe Albert. Aired in Belgium (VRT & Proximus), UK (BBC), Brasil (Globo), South-Africa (SuperSport), Indonesia, the Middle East (BeIN), the Netherlands (RTL Videoland), and others. The documentary was also updated for the 2022 World Cup in Qatar and aired for a second time.

Everyone knows those green liscense plates that begin with "CD". Everyone has heard about diplomacy. But what is that? What do diplomates really do? Especially in a country like ours? Journalist Bart Aerts is looking into it and is creating a 5 part documentary series called "Corps Diplomatique". It will be aired in February 2020 on Canvas (VRT). Watertower TV Productions is the co-producer of this interesting project.

Bryan Adams sings about it for a reason: the Summer of '69 was epic. Especially in Belgium. Cyclinggod Eddy Merckx won his first of five Tour de France, in an heroic way, on July 20th. Later that day Neil Armstrong and Buzz Aldrin were the first men on the moon. And also Woodstock took place in that summer of peace and love. With our friend of production company Lonely Alien Watertover TV Productions produced a documentary for Eén (VRT) and Proximus, named "De Zomer van '69”.

Watertower produced 4 seasons of DNA Nys, a documentary series on cyclocross champion Sven Nys and his son Thibau. As a 14 year old Thibau decided to try to step in his fathers footsteps. Every year Eén (VRT) showed the evolution in 4 episodes. Our crew, with director Jan Vandermotte who sadly passed away, follewed the Nys family until Thibau started racing against the pro's.